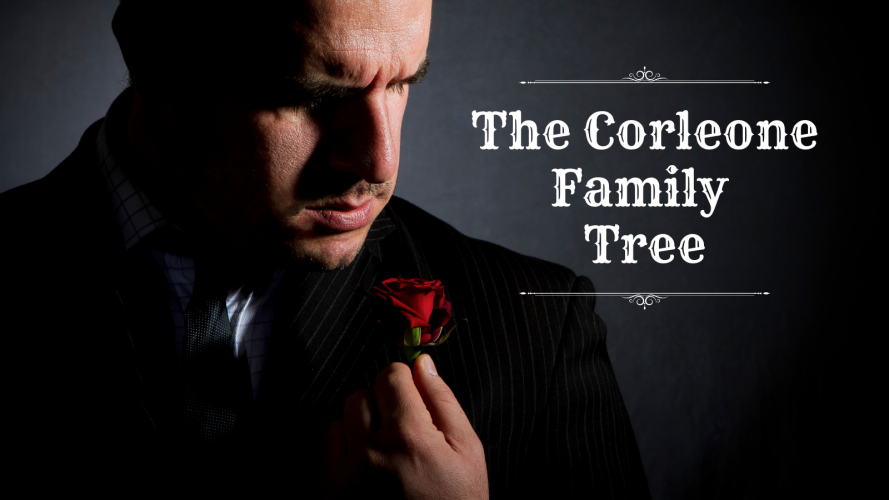 As far as organized crime stories go, there is none more iconic than Mario Puzo’s The Godfather. It defined an era of gangster movies. The Godfather captured the public’s imagination with the inner workings of the shadowy world of organized crime syndicates in the United States. The novel was published in 1969 and such was its popularity, that just three years later, the story was brought to the silver screen with a film of the same name. The movie was an instant success. It featured heavy hitters like Marlon Brando, a young Al Pacino, and Diane Keaton. It became the highest grossing film of 1972, and for a while, made more money than any before it.

In this article, we take a look at the crime family at the center of the story – the Corleone Family. Where did they come from, what was the organizational structure of the mob family, and who were its main characters?

Much of The Godfather’s appeal comes from how true-to-life the story is. Mario Puzo is thought to have closely based the characters in the story on real life personalities. In fact, the Corleone family has been compared to the very real Genovese and Bonanno families – two of the five crime families that are said to run organized crime in New York. The five families were founded in the early 1930s, and will have been around for almost four decades by the time Puzo finished The Godfather.

The name Corleone itself comes from a small town of the same name in Sicily, Italy. There was, as it happens, an actual Corleonesi Mafia clan, a part of the Sicilian Mafia. The Godfather characters are, however, based on the New York Mafia, and not their Sicilian counterparts, although the story starts there with Vito Corleone.

The founder of the Corleone family. He is smuggled to America after his father, brother, and mother are killed by a local mafia chief. Vito is in fact Vito Andolini, but a clerical immigration error results in his last name being changed to his village.

Vito married Carmela, also a Sicilian immigrant, in 1915. Their marriage lasted until Vito’s death in 1955. In that time, they had three sons – Santino, Frederico, and Michael, and one daughter – Constanzia.

Sonny also has another child out of wedlock, Vincent, with a woman named Lucy Mancini. Vincent later went on to succeed Michael as the Don.

Not blessed with the cunning, or brutality of his brothers, Fredo plays more of a bit-part role in the story. He married Deanna Dunn-Corleone but had just one son with a woman known as  Marguerite Duvall.

The last born son and eventual Don. Michael escapes to Sicily after breaking a long-held mafia law not to kill police officers. While in Sicily he marries a girl called Apollonia Vitelli. She is tragically killed in a car bomb that was intended for him.

Michael eventually returns to the US and marries Katherine “Kay” Adams. The two have two children, Anthony and Mary, before their divorce.

Connie is Vito and Carmela’s youngest child and only daughter. She has something of a troubled love life, which, it turns out, is crucial to the plot. Her first husband, Carlo Rizzi, is an abusive one. Nonetheless, they still go on to have two children together – Victor and Michael-Francis.

Carlo’s abusive behavior stokes Sonny’s anger. The situation is used by a rival mob boss to lure Sonny into an ambush when he learns that his sister has, again, been severely beaten by her husband. Carlo is himself later murdered at Michael’s command.

This is the person at the top of the hierarchy – the leader of the family. The Don is responsible for the family and all strategic and major decisions go through him.

The second-in-command serves as the Don’s right-hand man. This is a trusted position as the underboss takes control if the Don is incapacitated, incarcerated, or otherwise unable to perform his duties.

Not unlike a lawyer or a COO in the corporate world, the consigliere serves in an advisory role, and oversees the administrative management of family’s day to day business operations.

Caporegimes operate as field commanders, leading their crews to carry out any tasks as agreed by family leadership, and overseeing the day-to-day field activities related to the family’s business operations.

Foot Soldiers are typically the muscle of the family. They constituted the workforce of the family, and operated outside the decision-making circles of power. Theirs was to carry out the orders of family leadership, prove their loyalty, and by so doing, work their way up the ladder.

The Life of the Corleone Family 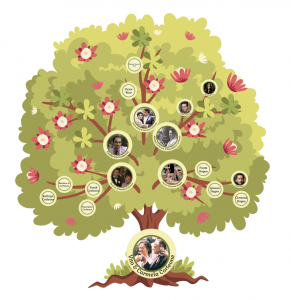 The Corleone family was one of the five main families that comprised the New York Mafia in the aftermath of World War II. The family itself goes back further than that, starting in 1920 when Vito Corleone kills a certain Don Fanucci to take control of an area of Lower Manhattan known as Little Italy. He then sets up an olive oil company that he uses to disguise his criminal dealings.

In a period of about five years, Vito organizes his crime family, and grows enough in influence to challenge and supplant a rival mobster, Salvatore Maranzano, during turf wars dubbed the Olive Oil War over the next few years. Sonny, VIto’s first born son, earns his stripes in these confrontations and becomes a caporegime – a “made” member of the family, put in charge of a crew.

Things take a dramatic turn in 1945, when a drug kingpin – Virgil “The Turk” Sollozzo – offers Vito Corleone a narcotics partnership, which he declines. Believing that his son, the now influential Sonny Corleone, would be more open to the deal, Sollozzo makes an attempt on Don Vito’s life. The attempt fails, but Don Vito ends up in hospital while Sonny takes the reins.

A second assassination attempt is made on Don Vito Corleone, setting off a series of violent acts. Sonny has a rival Don’s son killed, and Michael, Don Vito’s youngest son, kills Sollozzo and a corrupt police officer, and escapes to Sicily to let the heat die down.

These actions set off a war between the five families, during which Sonny is killed. Upon his recovery, Don Vito decides to broker a peace agreement between the Five Families. The peace deal holds until his death from a heart attack.

Michael Corleone then takes over as Don, and proceeds to consolidate his power by assassinating all the other mafia bosses. He also kills his older brother after he conspires against the family, and a few others to settle scores from past grudges.

Having successfully wiped out the competition, Michael begins to wean the family business off organized crime and into more legitimate business interests. He continued to do so until 1980 when he named his late brother Sonny’s son Vincent, as his successor.

Vito Corleone served as the Don from 1920 to 1955. He was briefly replaced by his eldest son Sonny while he was recovering from an assassination attempt between 1945 and 1946. He went into partial retirement in 1954, while Michael, his youngest son, took on most of the leadership duties until his death in 1955. Michael served until his retirement in 1980, and was replaced by his nephew, Sonny’s son, Vincent.

Sonny Corleone served as the Don’s right hand man from 1940 until his murder in 1946. The Don’s youngest son, Michael, took over until he became Acting Boss after Vito’s partial retirement in 1954.

Upon Michael’s promotion after his father’s death, he appointed his older brother Fredo, in what was mostly just a title role. Fredo was killed on Michael’s orders in 1959 for plotting against the family. Al Neri, the man that killed Fredo, became the next Underboss.

The family had a string of consiglieres who mostly played a background role in the story. From 1920 to 1945 there was Genco Abbandando until his death. Tom Hagen, the most prominent consigliere in the story, took over until 1954. After him Vito Corleone stepped back from his duties as Don and took on the role to support his son Michael. Tom Hagen reassumed the role after the Don’s death. He served until the seventies when he too died.

Fifty years on from its release, The Godfather remains one of the highest-rated films in the history of cinema. It inspired a whole new genre of action movies with subsequent successful titles like GoodFellas and The Sopranos following its lead. Today, it remains one of the most respected titles in Hollywood, with a 2014 poll by The Hollywood Reporter quoting 2,120 industry professionals saying it was the greatest film ever.

Few stories have impacted cinema and entertainment quite like The Godfather. Five decades after its release, it still permeates pop culture and is a recognizable title. With the knowledge we’ve shared here about the history of the film, the main characters involved in the plot, and the structure of their enterprise, you will hopefully have learned a thing or two about one of the most riveting stories ever told.