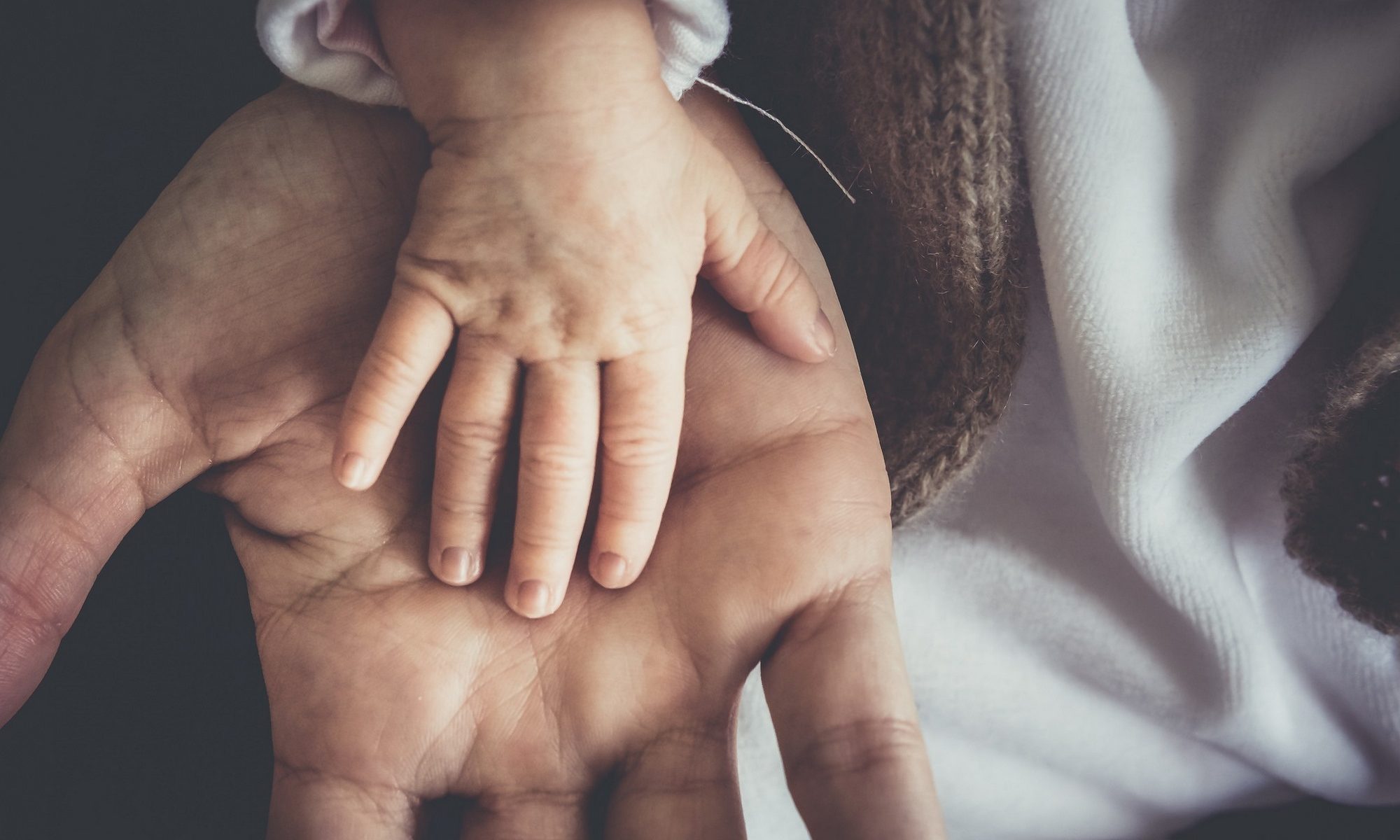 Did you even notice how some of you behavioral patterns – be it towards ourselves, our partners, children, or friends – are pretty much a copy of our parents’ behaviors? We either mimic them or go fully to the other end of the spectrum. And if we look closer, often their behavior will have the same dynamic vis-a-vis their own parents. Ever wonder how that works and why?

This is why it’s important to know as much as possible about the relationships between your parents and older family members. The more we understand the background of our ancestors and what they had to deal with, the better idea we will have of what behavioral challenges we and our children are likely to face.

An untreated intergenerational trauma can result in a compromised trust, honesty, and openness within a family. There are studies that confirm the transmission of trauma to children of victims – for example, the children of holocaust survivors can experience emotional problems, difficulties in relationships, in the way they function. Let’s look at one case, a case of a family including 3 generations.

How Is Trauma Transmitted? Generation 1

As a baby, you’ve got a primary caregiver who mirrors you – who smiles when you smile, who’s upset when you cry. You internalize that and it becomes you. The issues arise when the parent is unable to play that role, possibly due to trauma. And when you are maltreated, you take that experience of maltreatment as you. The child’s personality can’t develop properly without continuous emotional contact with their mother which involves basic things like communication, smiling, tenderness.

Let’s take the example of a newly married couple. They are young, in love, waiting for a baby. Suddenly the man is mobilized because of the war. The young mother is left alone with a child to bring up. She is too busy struggling to survive and doesn’t have time to recover from grief. Many women in this situation develop a simple defense reaction – keep all their feelings locked up deep inside. Others suffer from a latent depression and live their lives on autopilot. They put on a mask and minimize communication and interaction with their kids because it causes almost physical pain to them.

In such circumstances, the child seeks the mother’s attention and affection, and sometimes the mother responds and other times she just growls asking to leave her alone. The woman is angry at the cruelty of fate, not the child – but the kid doesn’t understand what the problem really is. No one explains what’s happening so the only explanation that seems natural is that mommy doesn’t love them.

Years pass by; the woman adapts and learns to live her life without her husband’s support. She keeps playing the iron lady role, even when it’s no longer a necessity. She makes every effort to provide her child with all the necessary stuff, but the child doesn’t realize that. Instead, the kid is developing trauma because they feel insecure and convinced that they don’t deserve love. 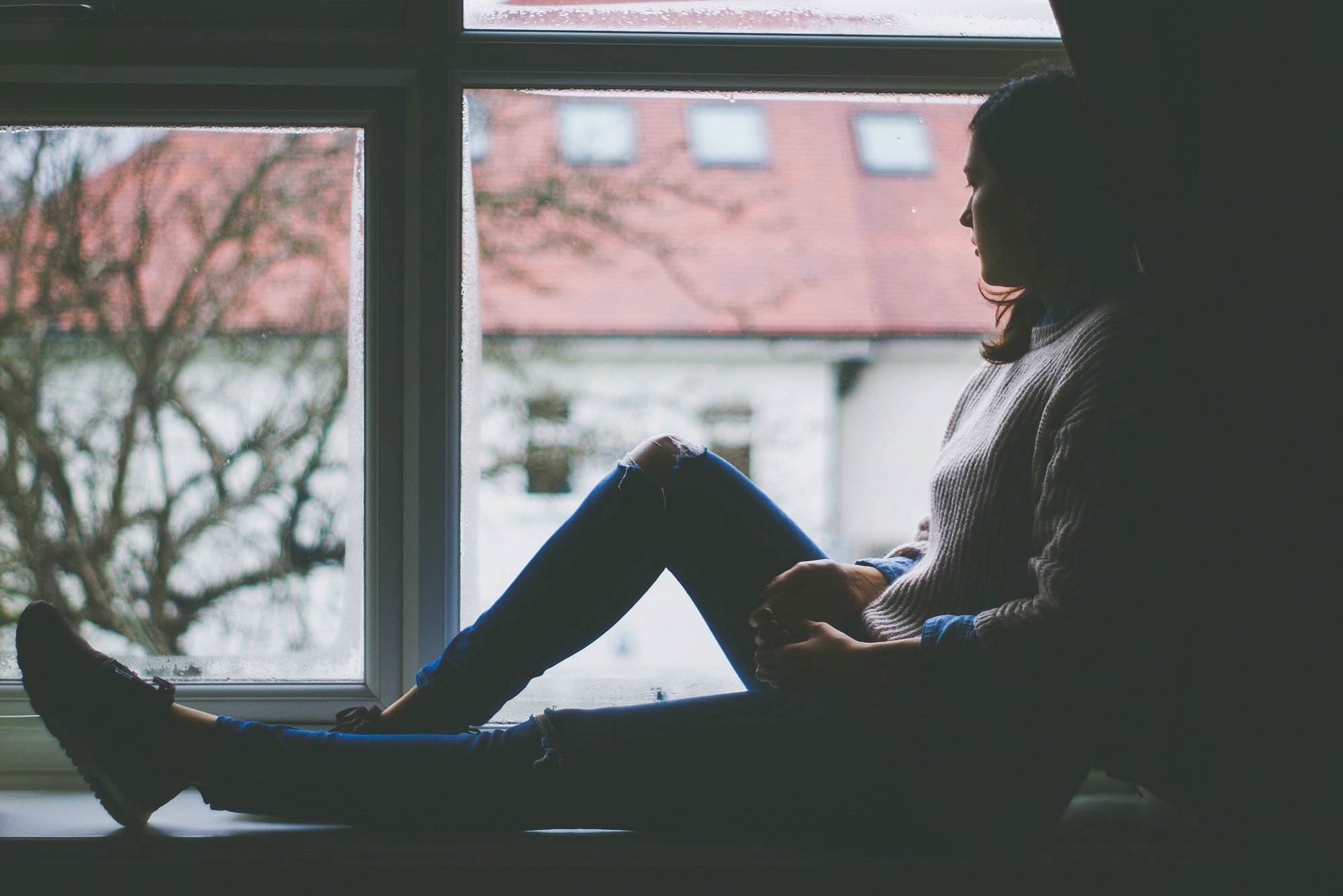 The child grows up feeling unwanted, although that’s not true and they are the only reason their mother has gone through all the hardships. People with such childhood trauma often die earlier because they don’t understand they should take care of themselves, get proper treatment. By and large, they don’t think they represent any value, especially when they become ill and “useless” in their old age.

So, the child grows up trying to earn love, not knowing that love is unconditional. The kid is on their own, not causing trouble, helping around the house, looking after younger brothers and sisters. They do their best to be helpful since they are convinced that only helpful children are loved. So, one day this child will get married and have kids too. Chances are, they will follow their mothers’ patterns of behavior.

But let’s take the best-case scenario when the child has grown with trauma but managed somehow to stay affectionate. For the first time, when a young mother who has suffered this trauma holds her baby in her arms, she suddenly realizes – that’s it. This is the one who will finally love her and need her. From that moment on, her life takes on a new meaning – she should live for her baby. She loves her baby so much that she can’t even imagine loving someone else.

She tries to spend every single moment with her kid and realizes how many things she was deprived of in her childhood. She is completely absorbed in this new feeling. She lives the life of her baby, caring about their feelings, interests, and anxieties. She is better off with her child than with anyone else.

However, there’s one problem – the child is growing.

Children are sensitive to their parents’ trauma and often feel the burden to compensate for their parents’ losses. They can’t help but respond to their mother’s request for love. They care about their mother and agree to stay with her out of fear for her health. But somewhere out there are love and freedom, and the child has to break the connection because mom won’t let them enjoy adult life voluntarily. Despite the mother’s attempts at manipulation, the child leaves one day with a painful feeling of guilt. The abandoned mother feels resentment because she has invested all her effort in her child and that’s not what she expected to get in return. That’s when she remembers the “iron lady” pattern and resorts to threats, scandals, and pressure.

When it’s time to grow up and leave the house, there comes the agony of separation – the child understands that if they decide to leave this will “kill” their mommy. On the other hand, if they stay they won’t be able to develop as an individual. However, even when children agree to stay with parents, they will be told that they are living their lives in the wrong way. Any date is never good enough. Nothing is good enough. Ever. 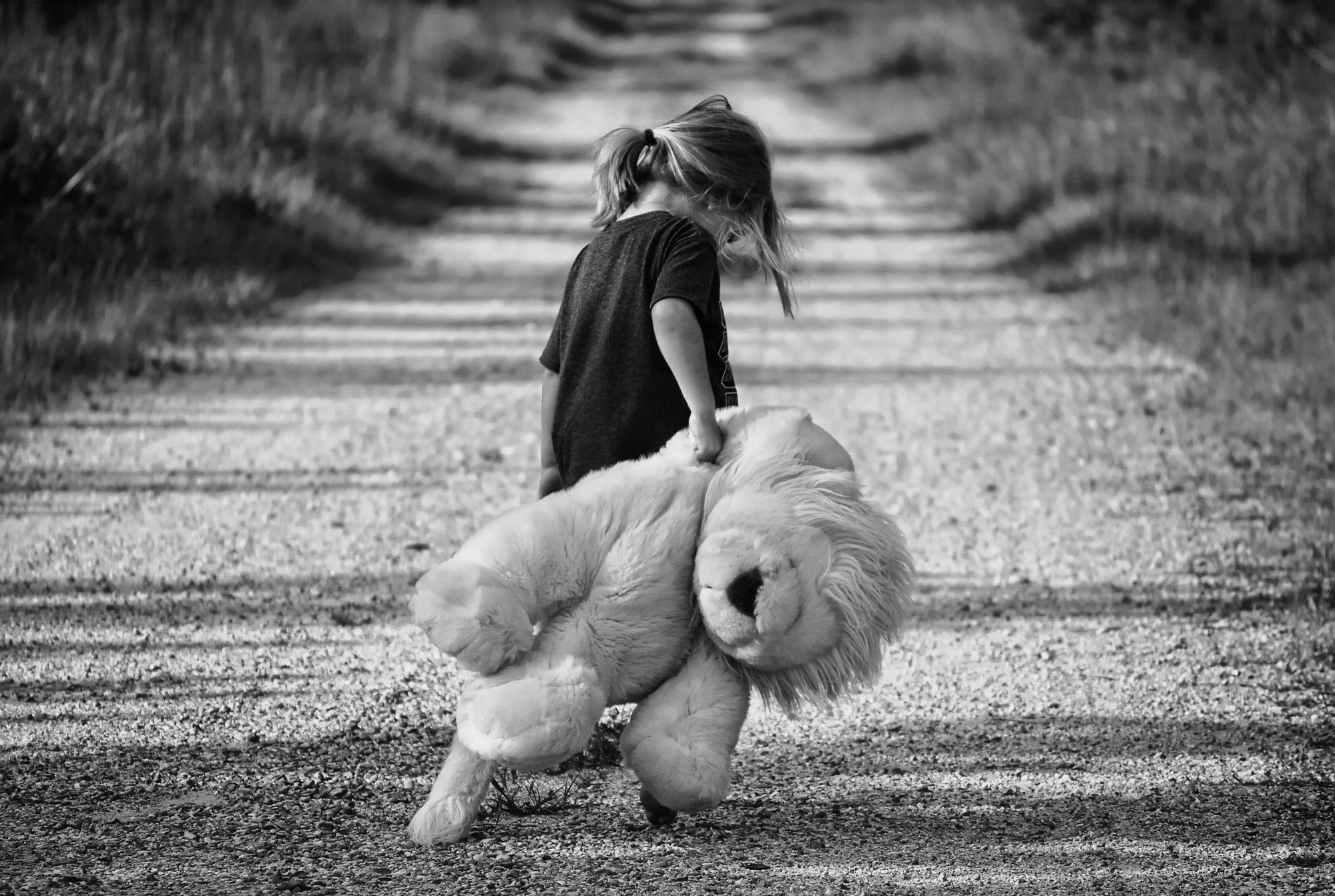 Since children don’t know how to think critically, they can’t assess the real situation and take a certain lack of maturity of their parents for vulnerability. The third generation is a generation of anxiety, guilt, and hyperresponsiveness. This situation has its own advantages, on the one hand, since these people are now successful in many aspects, they know how to negotiate and take into account different points of view. They are good at foreseeing and making decisions on their own, and not waiting for someone’s help.

But on the other hand, such people didn’t have an opportunity to enjoy the carelessness of childhood. However, their inner child will resurface one day. People of this generation show aggressive-passive behavior. They neither protest openly nor surrender. They use all sorts of ways to sabotage: to forget, to postpone, not to keep promises, etc. Often people with this kind of trauma feel mentally older than their peers. And at the same time, they don’t feel like real grown-ups, they don’t have a sense of maturity.

One more thing. Children who grow up in a situation when their personal boundaries are violated care about their privacy too much in adult life. They rarely invite people to their homes and rarely visit others. They don’t socialize with neighbors because they don’t know how to set boundaries naturally while enjoying communication.

Childhood Trauma in Adults: What About Men?

Imagine a woman and a man who are raised by single mothers create a family. They are both hungry for love and hope to get it from their partner. However, the only family pattern they know is a model of a self-sufficient woman who doesn’t really need a man. Such marriages are built on the fear of being abandoned – people get married simply because they have never experienced anything else but loneliness.

Men who are raised by their mothers are used to obeying. Being brought up by iron ladies, some men start behaving like mothers: they are gentle, caring and never tell “no” to their children. Some become workaholics who escape from all problems at work. In worst cases, they may become alcoholics. What can we expect from a man who feels unloved?

Such men have no clear model of responsible fatherhood. They saw their fathers disappear one day, forever. Therefore, for many men, it’s natural that when they leave their family, they don’t stay in touch with their children. Given that they felt unloved in their marriage, the resentment they feel makes it easy to soothe the voice of conscience. 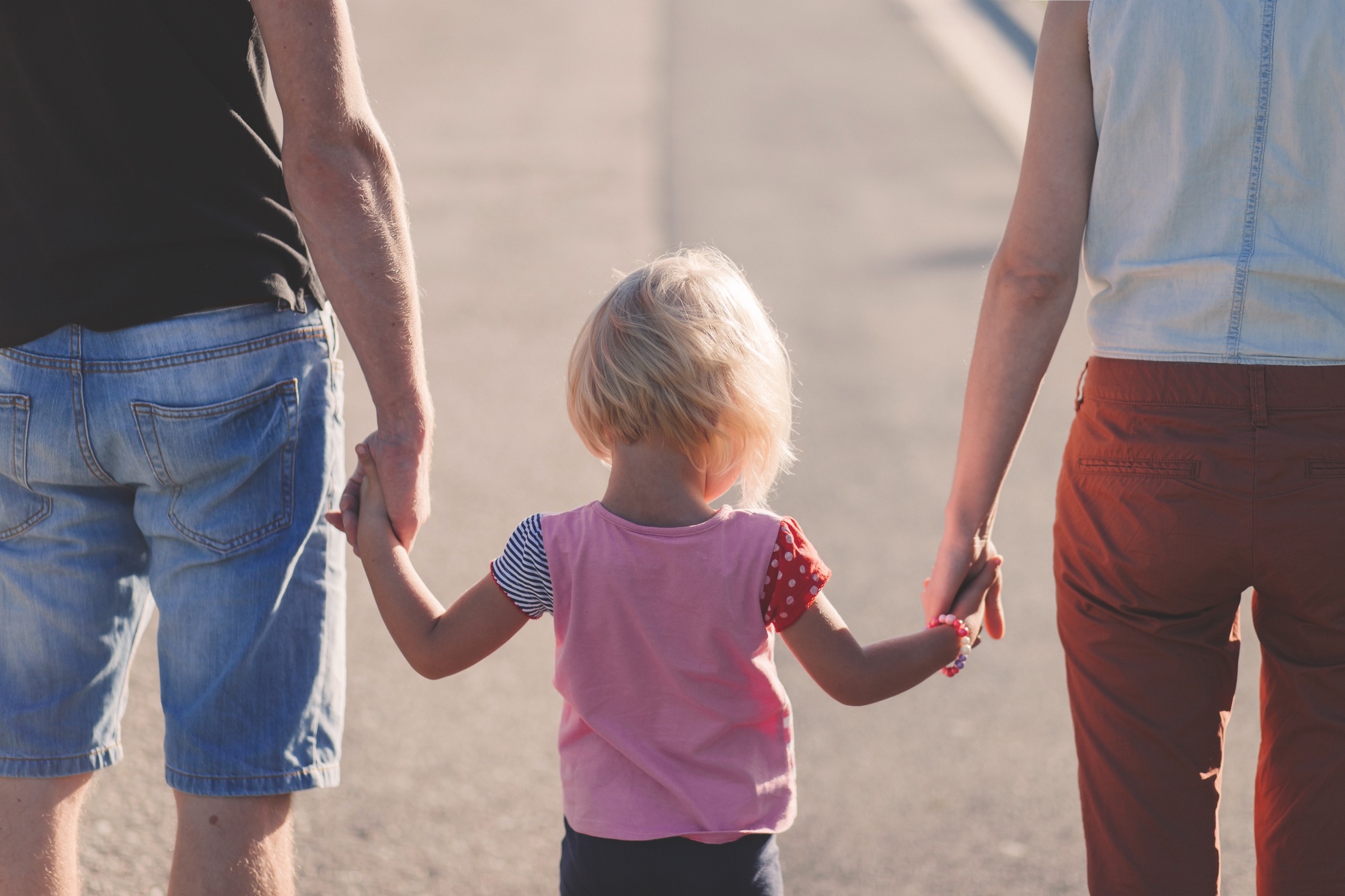 Most people with an emotional childhood trauma are in complicated relationships with their parents, many failed to make their first marriage work, but managed to save their second marriage only after mental separation from their parents.

Often the first child who was born during an unhappy marriage has to be brought up with the help of a granny so that the mother could get a chance to separate and start living her own life. In addition to that, they hear their mothers complaining that they are giving all their time and effort to their grandchildren. As a result, children grow up with the idea that raising a child is something very hard, and even heroic.

Early adopters of the parental role are often obsessed with conscious parenting. They think that if they have mastered the parental role in relation to their own parents, they will manage with raising their own child. Balanced nutrition, gymnastics for infants, developmental classes. Parenting books and the constant fear that something can go wrong.

While the older generation lives believing they are excellent parents and their children had a happy childhood, the younger generation is seriously affected by neuroticism. They lack self-confidence in themselves as parents and are always dissatisfied with something, be it school, society, medical care – they always want more and the best for their children. But their efforts have the opposite effect. Children want nothing. They don’t want to work or study. They just want to lie on the couch staring at the phone. They don’t want to talk and bear responsibility for anything. Why should they care if their parents have already made a decision about everything they should do?

There’s a chance that for the next generation, the specific family context will be much more important than the global past trauma. But it’s obvious that many of today’s problems have their roots deep in the past.

As you can see, the past of older generations affects the present of the youngest ones. Studying our roots at a deeper level provides answers to many questions, allows us to understand the problems and their causes, and can help to build a solid foundation for healthy family relationships.

Attention: Due to the impact of COVID-19 we are temporarily unable to fulfill printing orders. We apologize for any inconvenience this may cause. In the meantime you are still able to purchase downloads of all our products. Please stay safe and take care of yourself and your loved ones!