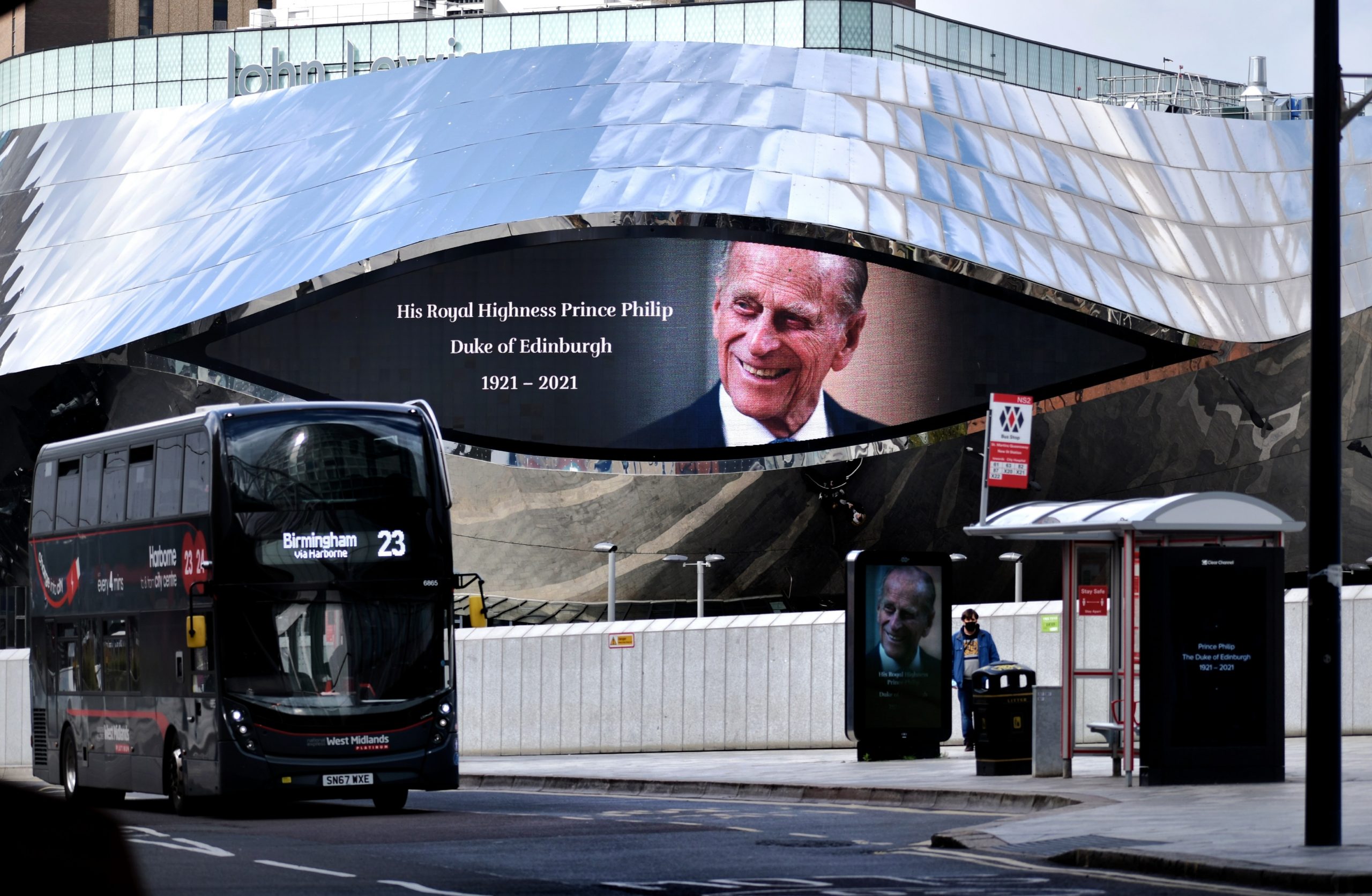 April 9th, 2021, Buckingham Palace has announced the death of Prince Philip, the husband of Elizabeth II, Queen of the United Kingdom. He passed away peacefully at Windsor Castle at the age of 99. Prince Philip was the longest-serving consort in British history but there are many other things His Royal Highness will be remembered for. Today, the Treemily team wants to pay tribute to the Duke of Edinburgh and with the help of Family Tree Maker tell you more about his family’s past and future generations.

Prince Philip of Greece and Denmark was born on June 10th, 1921, in Mon Repos villa on the island of Corfu, Kingdom of Greece at that time. Philip was the youngest child and the only son of Princess Alice of Battenberg and Prince Andrew of Greece and Denmark. The prince was born during the Greco-Turkish War and his very first years of childhood were not the calmest ones. His uncle Constantine I, the King of Greece at that time, was forced to abdicate when the war was over in 1922. Constantine I and Philip’s father were arrested, while Princess Alice and her entire family had to live under constant surveillance.

In December 1922, Prince Andrew was banished from Greece for life by a revolutionary court, thus forcing his family to evacuate to France. It is known that Prince Philip was carried in a fruit box all the way from Greece to France to be kept safe.

Philip began his education at The Elms school in Paris and was sent to his maternal grandmother, Victoria Mountbatten, to attend Cheam School in the UK at the age of 9. By the year 1933, Philip’s all of Philip’s sisters married German princes and moved to Germany while his mother was placed in an asylum due to schizophrenia. The same year he was sent to Germany to attend a boarding school but left for Scotland after two terms.

In 1939, Philip attended the Royal Naval College in the port of Dartmouth where he later met his wife, the future Queen of the United Kingdom. He served as a member of the British forces during the Second World War. It is a well-known fact that Philip’s sister Cecille and her husband were members of the Nazi Party before the war and that his two other brothers-in-law were German SS officers. At the age of 21, Prince Philip became the youngest first lieutenant of HMS Wallace, one of the Revenge-class super-dreadnought battleships.

Philip’s father, Prince Andrew of Greece and Denmark was born on February 2nd, 1882, in Athens and was the seventh child in the family. In 1902, he met his future wife Prince Alice while staying in London and the two got married only a year after. Princess Alice of Battenberg was born on February 25th, 1885, in Berkshire, UK. Besides Philip, the couple had four daughters Princess Margarita(1905-1981), Princess Theodora(1906–1969), Princess Cecilie (1911-1937), and Princess Sophie (1914-2001). Since 1939, Prince Andrew was estranged from his wife and saw neither of his kids. He died of heart failure at the age of 62 in Monte Carlo, Monaco. Since 1967, Princess Alice lived at Buckingham Palace in London where she died two years later.

Philip’s grandfather George I of Greece was born on December 24th, 1845 in Copenhagen, the Kingdom of Denmark. He was the King of Greece for 40 years from 1863 to 1913. Philip’s grandmother Olga Constantinovna of Russia was born on September 3rd, 1851 in Pavlovsk, Russian Empire and was a member of the Romanov dynasty. The two first met when Olga was only 12 years old and got married four years later. Together they had eight children: five sons and three daughters. On March 18th, 1913, George I of Greece was assassinated and Olga Constantinovna decided to return to Russia. After the Russian Revolution, Olga had to escape to Switzerland. She spent her final years with her youngest son, Prince Christopher, and died at the age of 74. 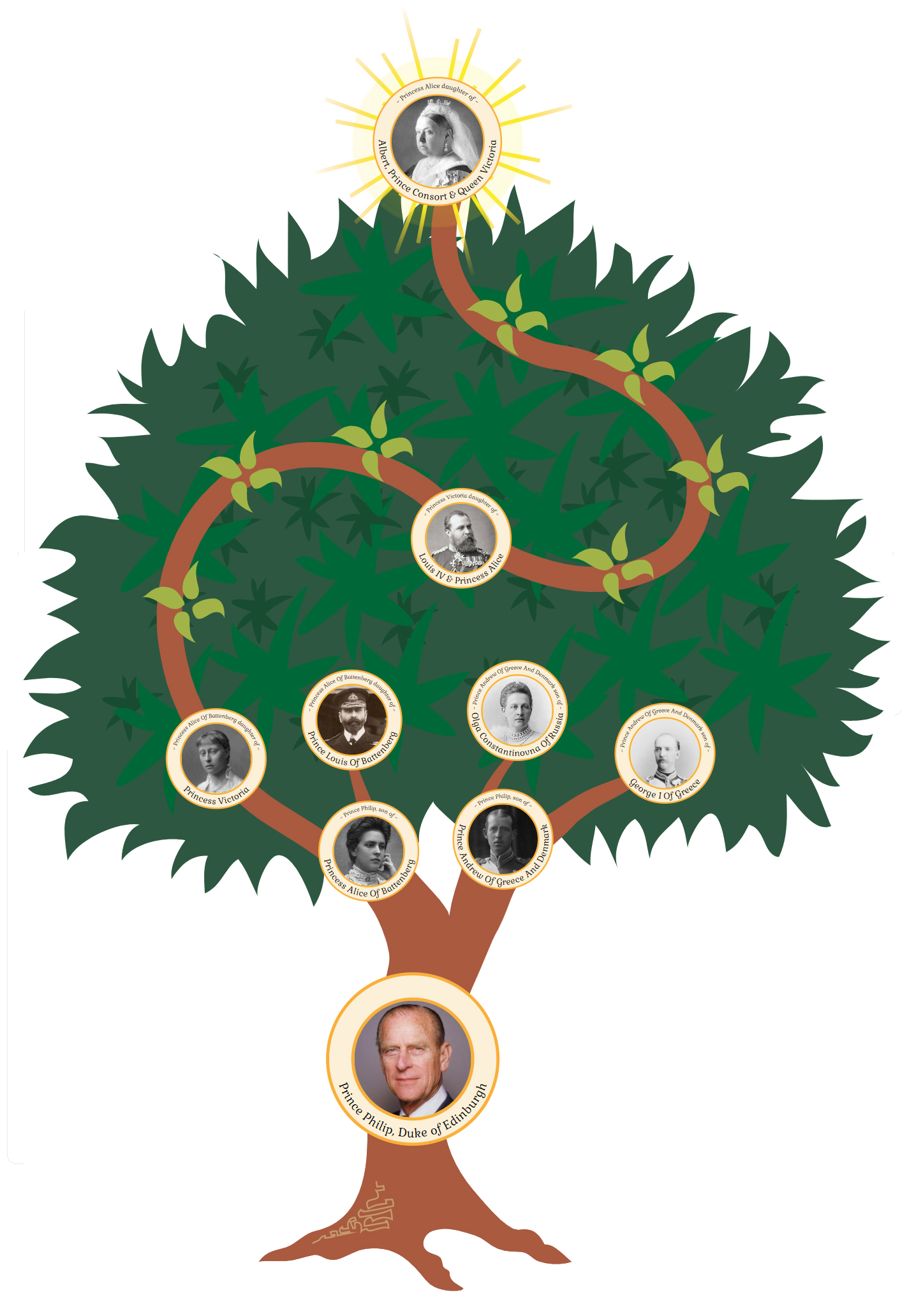 Philip’s future wife Elizabeth Alexandra Mary Windsor was born on April 21st, 1926, to George VI, the future King of the United Kingdom, and his wife Elizabeth Angela Marguerite Bowes-Lyon, later known as Queen Elizabeth The Queen Mother. Philip and Elizabeth’s engagement was announced on July 9th, 1947, and the couple got married the same year on November 20th.

Queen Elizabeth II and Prince Philip have eight grandchildren and ten great-grandchildren. Prince Willam and Prince Harry, the sons of Prince Charles and his former wife Princess Diana, are probably the most famous living members of the British Royal Family. 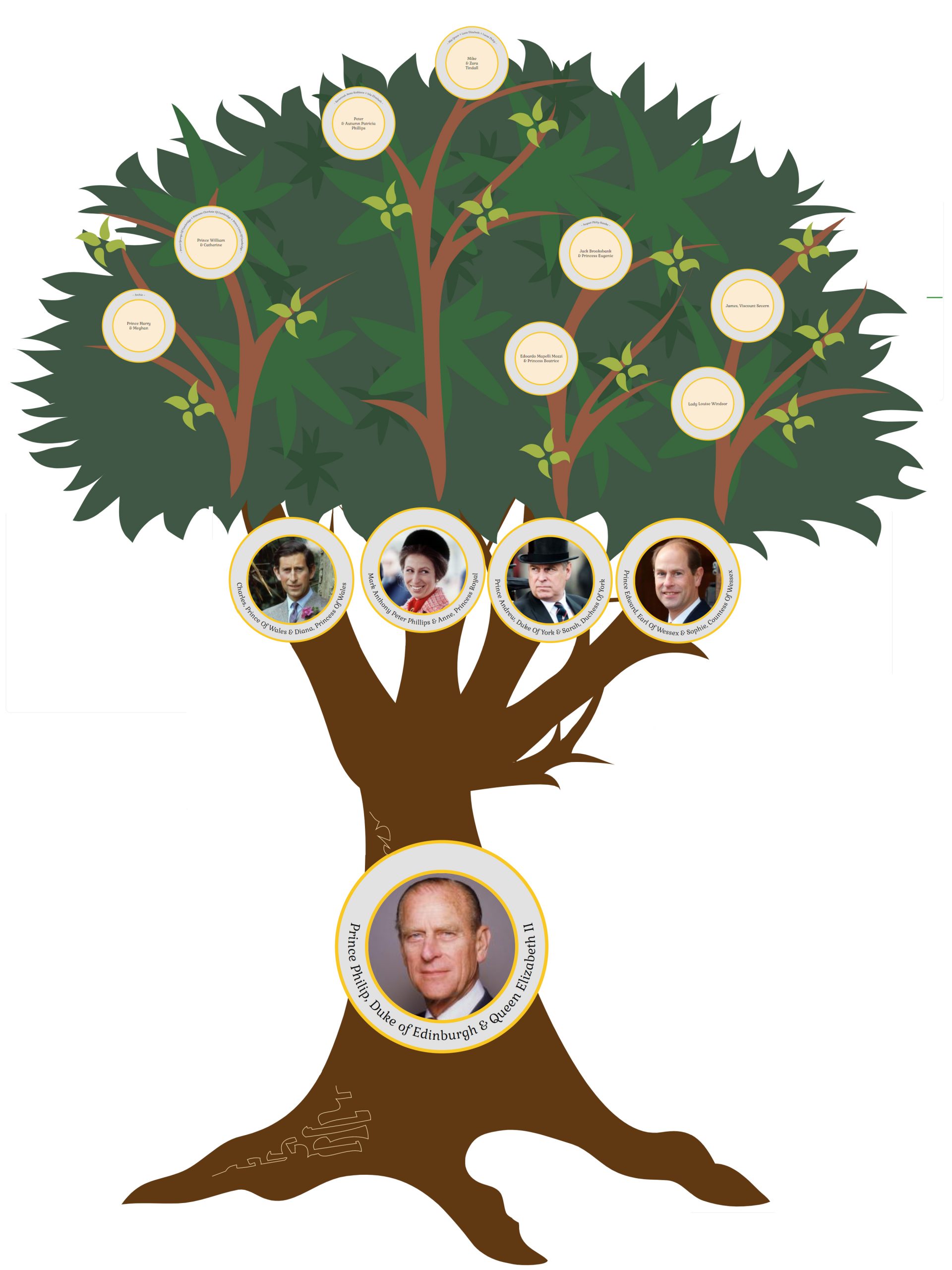 Find Out Whether You Are Related to the British Royal Family

Research your own family history to find out whether you have any connection with the British Royal Family. Create your own family visualizations with the Treemily Ancestry family tree maker to trace back your past generations.