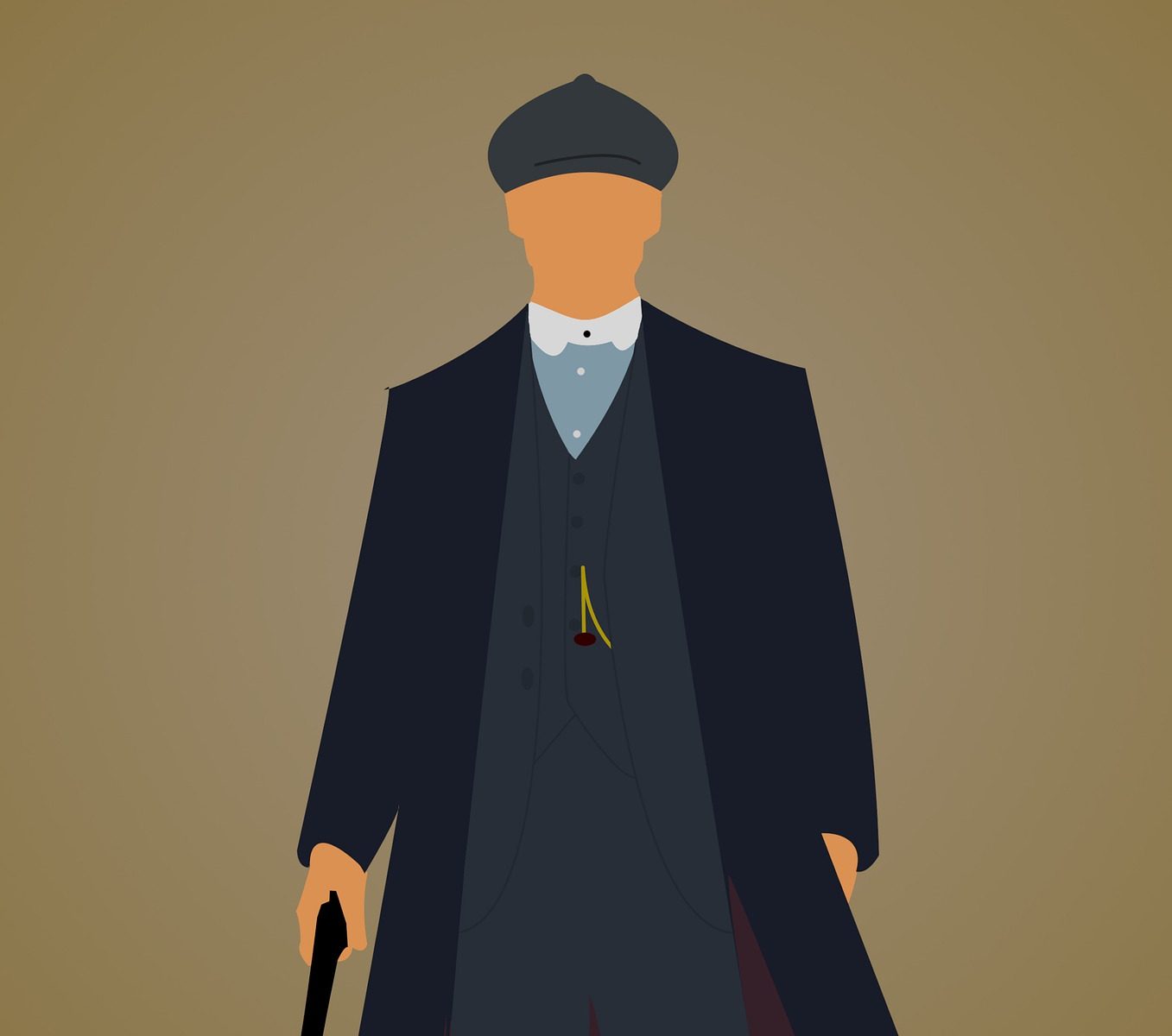 The Peaky Blinders series will come back with its final season in 2021. The filming of the 6th season has already begun. Before we get to see the final story of the Shelbys, let’s take a look at every member of the family more closely.

What Is the Show About?

Peaky Blinders is a British crime drama series released in 2013. The show tells the story of the Shelby gangster family of Irish descent who lives in Birmingham, England. Their story begins in 1919 just after the First World War ends. The leader of the gang and the main character Thomas “Tommy” Shelby is portrayed by an Irish actor Cillian Murphy. Throughout the seasons, viewers watch how the family is working on expanding their business and influence not only in their hometown but also internationally.

The Shelbys family line begins with Mr. Shelby whose name is unknown and his wife Birdie Boswell. Birdie was a Gypsy Princess and a member of the largest and most powerful gypsy families in England at that time. Together with Mr. Shelby Birdie had two children, a son Arthur Shelby Sr. and a daughter Elizabeth “Polly” Gray (née Shelby). Take a look at the Shelby family tree created with the Treemily family tree chart maker.

Polly Shelby is an accountant and company treasurer at Shelby Company Limited. She was married to Mr. Gray and together they had two kids, Anna and Michael Gray born in 1906. Both children were taken away by the parish authorities and separated right after their birth. Anna Gray was sent to Australia where she died of spring fever.

Arthur Shelby Sr. was married to a woman from the Strong family. The couple had five children together, four sons and one daughter. Arthur abandoned his kids after their mother’s death. All of the children were raised by Arthur’s sister Polly.

Arthur William Shelby Jr. is the eldest son of Arthur Shelby Sr. born in 1887 and is a Deputy Vice President at Shelby Company Limited. Arthur is married to Linda Shelby born in 1895. The couple has a son named Billy.

John Michael Shelby is the 3rd son of Arthur Shelby Sr. Also known as John Boy, he served as a soldier of the Warwickshire Yeomanry during the First World War alongside his brothers Arthur and Thomas. His first wife Martha Shelby died of unknown causes leaving John widowed with 4 kids to raise. His second wife Esme Martha Shelby (née Lee) is a member of the Lee gypsy family also from Birmingham. Together they have 3 kids.

Ada Thorne (née Shelby) is the only daughter of Arthur Shelby Sr. and his wife born in 1897. She is the only member of the family who is not involved with Shelby’s family business. Her husband Freddie Thorne is a communist and a former best friend of Thomas Shelby. Ada and Freddie have a son Karl Thorne named after Karl Marx.

Finn Shelby is the youngest of the Shelby brothers born in 1908. Even though Finn is involved with Peaky Blinders and their business, his brothers always try to keep him away from any dangerous and illegal actions. 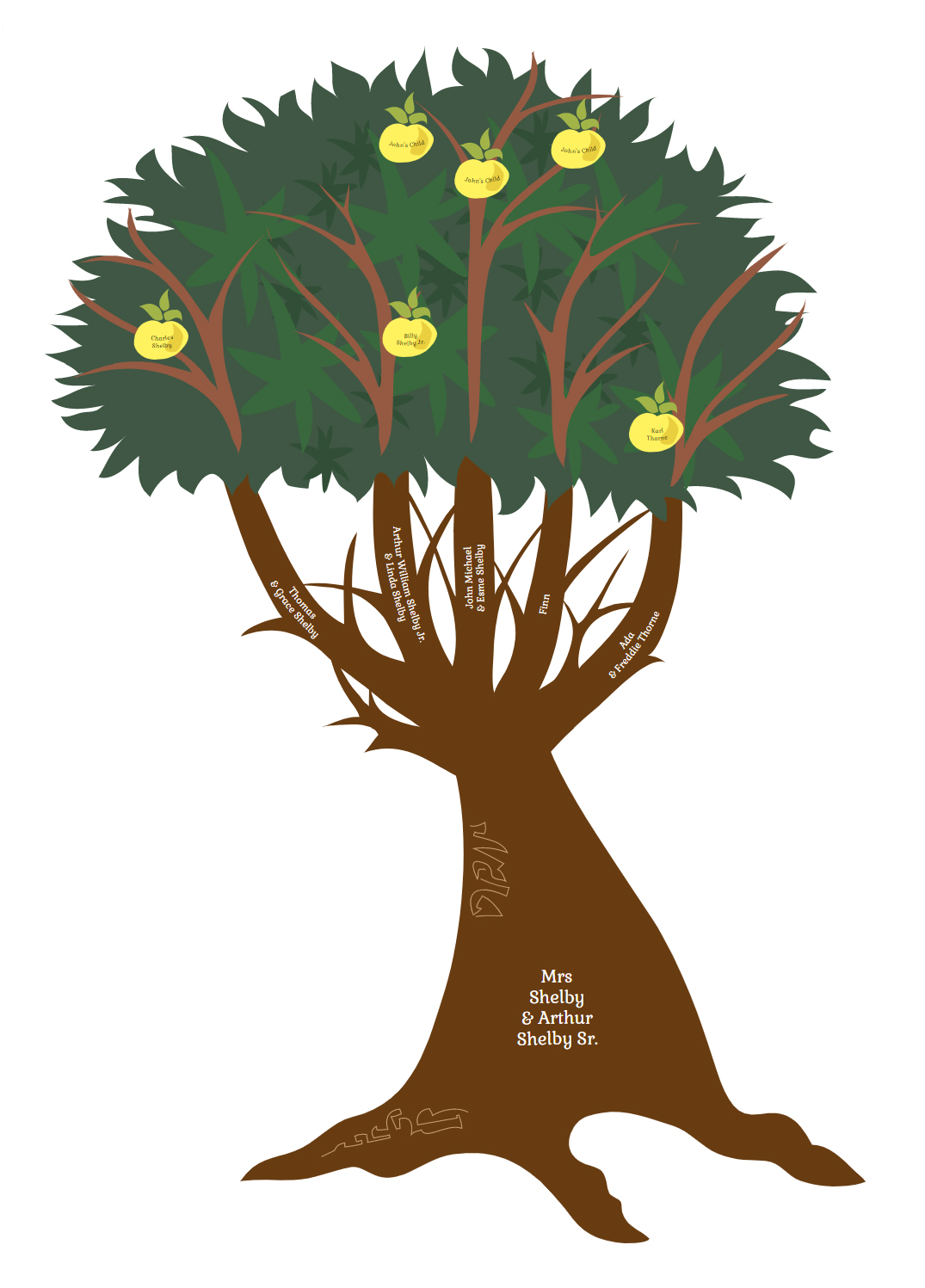 Thomas Shelby: The Irreplaceable Leader of Peaky Blinders and His Family

Thomas Michael Shelby was born in 1890 in Birmingham, England, and was a second child of Arthur Shelby Sr. He is the leader of the Peaky Blinder criminal gang, ahead of the Shelby family and Shelby Company Limited. During the First World War, Thomas received drastic experience while serving as a sapper and it has changed his life forever. As awful as it sounds, it was the war that gave rise to the Shelby family’s success and made Thomas a strong and fearless leader. His leadership qualities, as well as his strategic and commanding abilities, made him the head of the family instead of his elder brother Arthur who is too hot-headed and impulsive to make important decisions.

Tommy’s wife Grace Helen Shelby (née Burgess) worked as an Irish barmaid when she met her future husband. Graсe was born in Galway, Ireland in 1894. Before marrying Thomas Shelby, she was married to an American banker Clive Macmillan. Grace and Tommy’s son Charles Shelby was born in 1922. Tommy Shelby also has a daughter named Ruby. Her mother, a former prostitute Lizzie Stark, was previously engaged to John Shelby but the engagement was called off.

Discover other famous people’s family trees both real and fiction by checking out the rest of the Treemily blog articles. Don’t forget to sign up for our family tree builder and try it for free to create your own family visualizations. Share them with your friends and family or order a printed version of a tree to make a great gift for your loved ones.