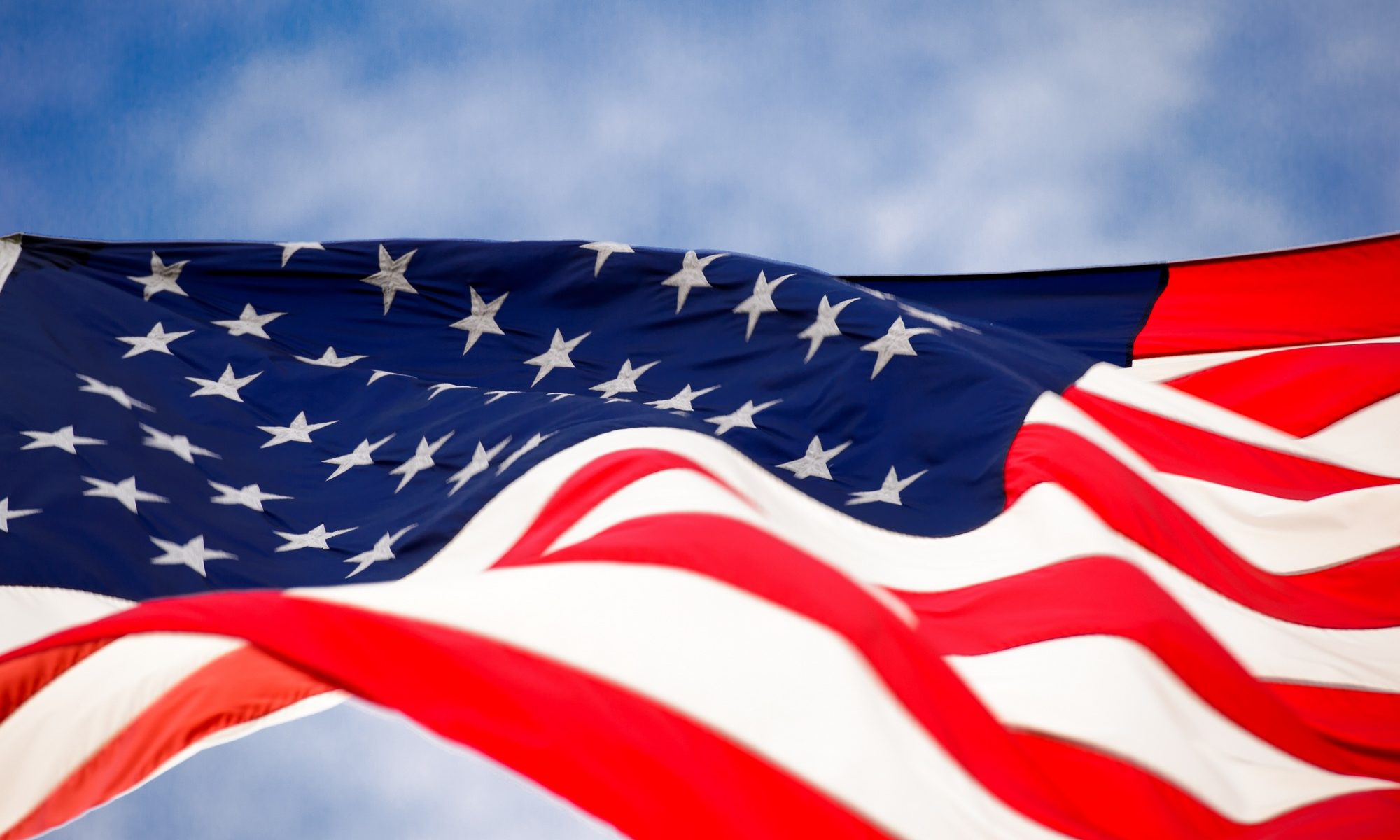 Trump’s extreme policies at the border and deportations have garnered the most attention and outrage. It sounds like the current mood in the American Administration is the further you can trace your roots back to the Mayflower, the more American you are. So we decided to run quick genealogical research comparing the last two US presidents: President Donald Trump, and his predecessor, Barack Obama. Let’s take a look at their family trees, and find out who’s more “American”.

By his own standards, President Trump might not be “as American” as you would expect. His family on the father’s side originated from Germany, while Trump’s mother herself came from the Hebridean Isle of Lewis, Scotland.

Trump’s father, Fred Trump was born in New York in 1905 and worked as a real estate developer. The Trump & Son company was founded together with his mother Elizabeth. Later Donald Trump was appointed the chairman and president of the company and renamed it into the Trump Organization. Trump’s father died in 1999.

Trumps’ mother, Mary Anne MacLeod was born in a small village called Tong, Scotland in 1912. At the age of 17, she migrated to the United States and worked as a maid in New York. Mary and Fred Trump met during Mary’s vacation in New York and got married in 1936. The couple settled in Queens. Besides Donald, Fred and Mary had 4 children. Mary obtained U.S. citizenship in 1942. She died at the age of 88.

Donald’s grandfather, Friedrich Trump (1869-1918), emigrated to the USA from Kallstadt, Germany, in 1885 at the age of 16 and obtained U.S citizenship 7 years later. He adopted his name with the English language equivalent – Frederick. During the Gold Rush, he opened a restaurant and a hotel in Bennett and later Whitehorse and managed to accumulate a fortune by serving gold diggers on their way to the gold mines. Frederick was a second cousin of the entrepreneur Henry J. Heinz.

The grandmother of the future US president, Elizabeth Christ Trump, was born in 1880, also in Kallstadt, Germany. She married Frederick Trump in 1902 and migrated to the United States with him. Elizabeth was homesick, even though the family lived in a German neighborhood, so they sold their assets in the United States and came back to Kallstadt in 1904. However the Bavarian authorities suspected that the family escaped from Germany to avoid the service in the Imperial Army, the family had to return to the United States. She died in 1966.

Frederick and Elizabeth had one more son – John G. Trump (1907–1985). He worked as an electrical engineer and physicist. He is the inventor of rotational radiation therapy. Together with Robert J. Van de Graaff he also designed one of the first million-volt X-ray generators. John was awarded Ronald Reagan’s National Medal of Science and inducted to the National Academy of Engineering.

Donald’s grandparents from his mother’s side were born in Scotland. His grandad, Malcolm MacLeod was born in 1866 in Aird of Tong and was a crofter and fisherman. His wife, Mary Smith MacLeod, was born in 1867. Some genealogists say that Malcolm ran a post office and a small shop in his later years. He died in 1954 at the age of 87. Mary died in 1963 at the age of 96.

Donald Trump has been married three times, two of his wives were not born in the USA. His first wife, Ivana Marie Zelníčková, was born in Czechoslovakia. She and Donald married in 1977. Only 11 years later she became a U.S citizen. Together they had three children: Donald Jr., Ivanka, and Eric. In 1992, the couple divorced.

His second wife, Marla Ann Maples, was born in Cohutta, Georgia in 1963. They have been married for 6 years from 1993 and had one daughter, Tiffany Ariana, born in 1993.

Donald’s current wife Melania Trump (née Knavs) was born in SFR Yugoslavia. She obtained U.S. citizenship in 2001 and married Donald 4 years later. Together they are raising one son, Barron Trump, born in 2006.

Barack Obama’s family has Kenyan, African-American, and Old Stock American (including originally English, Scots-Irish, Welsh, German, and Swiss) ancestry. The former president of the US has much more of American descent than you’ve expected. 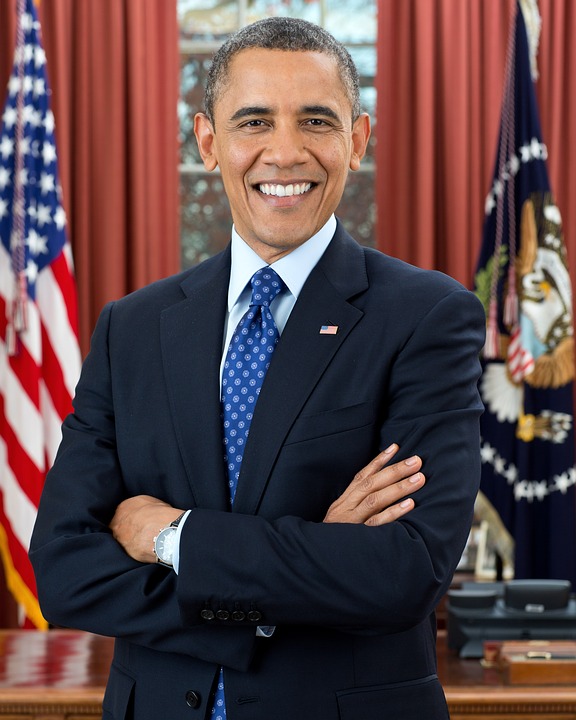 Born on August 4, 1961, Barack Obama was raised by his mother, Stanley Ann Dunham, and his grandparents on the mother’s side – Madelyn and Stanley Dunham. His maternal heritage consists of primarily English ancestry, with smaller percentages of German, Welsh, Scotch-Irish, and Swiss ancestry.

Barack’s father, Barack Hussein Obama Sr., was born on June 18, 1936, to Hussein Onyango Obama and his second wife Habiba Akumu Obama in Kenya. He graduated from the University of Hawai’i and Harvard University before returning to Kenya where he served as an economist for the government. He also worked in the ministries of transportation and finance. Obama Sr. had three wives in total and six children. In 1982, he died in a car accident.

Obama’s mother was born in Wichita, Kansas, and worked as an economic and rural development anthropologist. She earned her doctoral degree from the University of Hawaii and worked with the United States Agency for International Development, the Ford Foundation, and Women’s World Banking. She married Barack Hussein Obama Sr. in 1961 despite opposition from their parents. When Dunham was three months pregnant, Obama Sr. informed her he had already been married in Kenya but assured that he was divorced. Years later, Dunham discovered this was false. In 1964 Durham and Obama Sr. got divorced.

In 1965 Dunham got married for the second time. Together with her husband Lolo Soetoro she had a daughter, Maya Kassandra Soetoro. From 1966 to 1971, Barack lived with his mother in Indonesia but then was sent back to the USA to study at Punahou School. In 1972, Ann and her daughter Maya Kassandra rejoined Barack in the United States. In 1980, Dunham and Lolo Soetoro divorced. Dunham died in 1995.

Both Obama’s grandparents on his mother’s side were born in Kansas and are considered US-born citizens. His grandfather Stanley Armour Dunham was born in 1918 and served in the U.S. Army during World War II. He married Barack’s grandmother, Madelyn Lee Payne, in 1940. He died in 1992.

In addition to Obama, Stanley is related to other six US presidents:

Madelyn Lee Dunham (née Madelyn Lee Payne) was born in 1922. She worked in banking and became vice president of a Hawaiian bank. Madelyn and Stanley raised their grandson from age 10 so he could go to school in Hawaii while his mother was living in Indonesia. She died on November 2, 2008, two days before Barack was elected President.

Little is known about Obama’s ancestors on the grandfather’s side. His great grandmother Ruth Lucille Dunham (Armour) was born in Illinois, United States in 1900. Her parents, Harry Ellington Armour (1874) and Gabriella Lee Armour (Clark) (1876), were both born in Kansas, United States.

Hussein Onyango Obama was the fifth son of his mother, Nyaoke, who was the first of the five wives. He could speak, read and write in English and worked as a mission cook. Besides, he was a local herbalist. During World War I, he joined the King’s African Rifles.

In 1949, Onyango spent several months in prison tried on charges of incitement to rebellion or being a member of a banned organization. He was tortured to disclose information about the independence of Kenya. After spending months in prison, Onyango needed assistance in moving. The exact dates of his birth and death are unknown.

Together with his wife, Habiba Akumu Obama, he had three children: two daughters and a son. Akumu was miserable in her marriage and left Onyango and her children. Later she remarried and moved to Tanganyika (now Tanzania). The exact dates of her birth and death are unknown.

Barack Obama’s only wife, Michelle LaVaughn Obama (née Robinson), was born in Chicago in 1964. She met the future president of the US when they both were working for a Chicago-based law firm and married in 1992. Together they have two daughters Malia Ann and Natasha.

So who is more “American”, in Trump’s version of the word?

The facts speak for themselves – if you judge how “American” one is purely by the generations born in this country, then, President Obama’s lineage trumps President Trump’s family tree by far. If you are also interested in the origin of the candidates for the President and VP of 2020, Joe Biden and Kamala Harris, you can check out the article where we’ve compared their family lines as well. Thankfully, we can all agree that it’s not all about birth certificates. It’s about the passion, hard work, and the love one has for their country.